Whether featuring artists’ views of our House or selected pieces from its archives and art collection, our exhibitions offer the public an opportunity to take a journey through the history of the Comédie-Française and everything that is imagined around it. 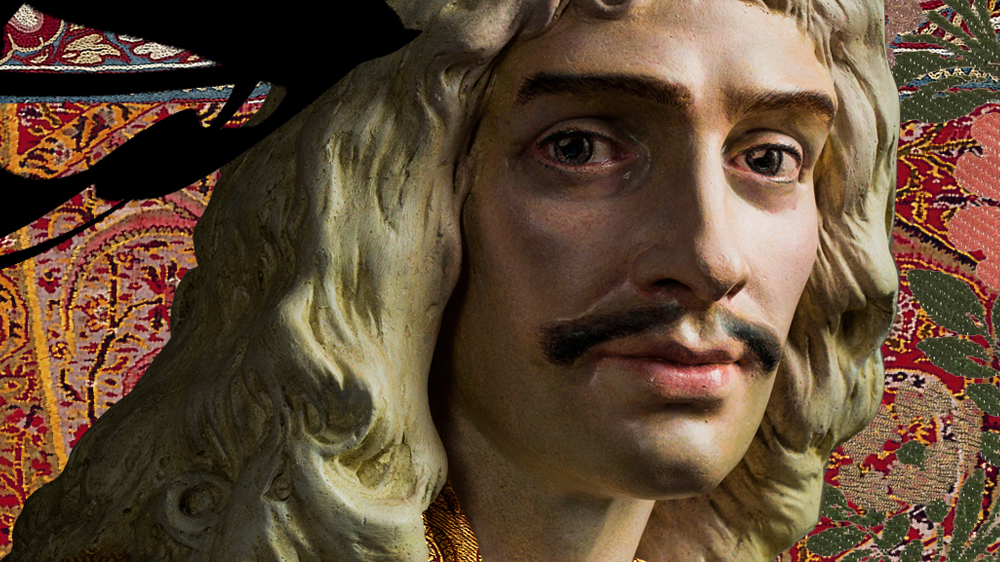 Christian Lacroix and the Comédie-Française have been travel companions for more than twenty years. More than twenty years, during which, season after season, he has created costumes for the actors of the Troupe with a talent and a delight that never seems to wane. Responding to Éric Ruf's invitation, today he clothes them in pure poetry: “I realise”, he confides, “that I have now created [portraits] of the imprint, colourful as an illumination, that each actor, play after play, season after season, has subjectively left in me”.
Stéphane Lavoué’s portraits, illuminated by Christian Lacroix, are on display in the public spaces of the Salle Richelieu.

The cothurne and the hammer: The Comédie-Françasie worksite 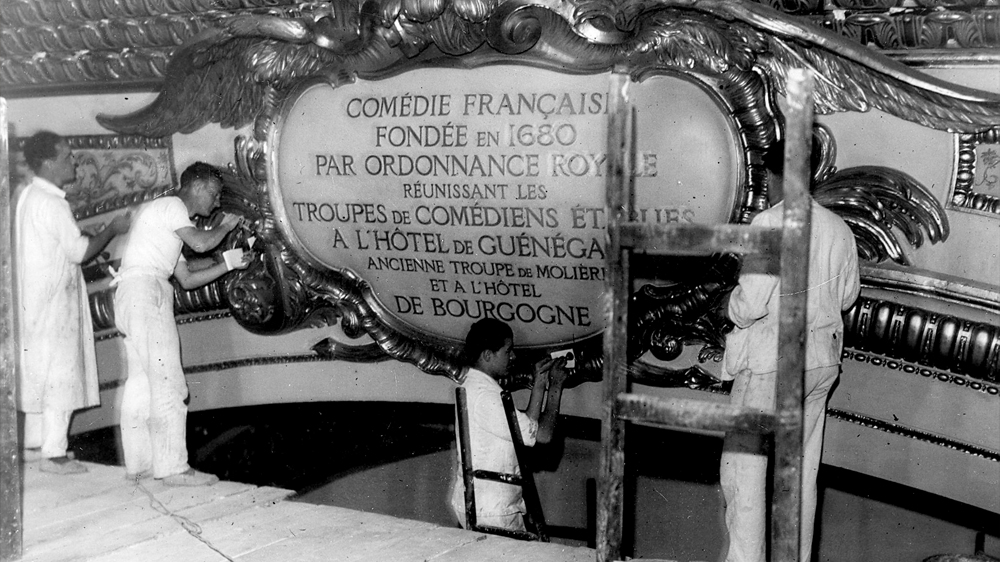 Between April and October 2020, the Salle Richelieu will be closed for renovation work. Since the Comédie-Française first took up residence in this theatre, it has never ceased to evolve, to transform itself over the campaigns that have been conducted to improve audience comfort as well as technical capacities. And since 1935, these processes have been photographed. These amazing snapshots offer a new perspective on familiar places, stripped back and transformed over time. 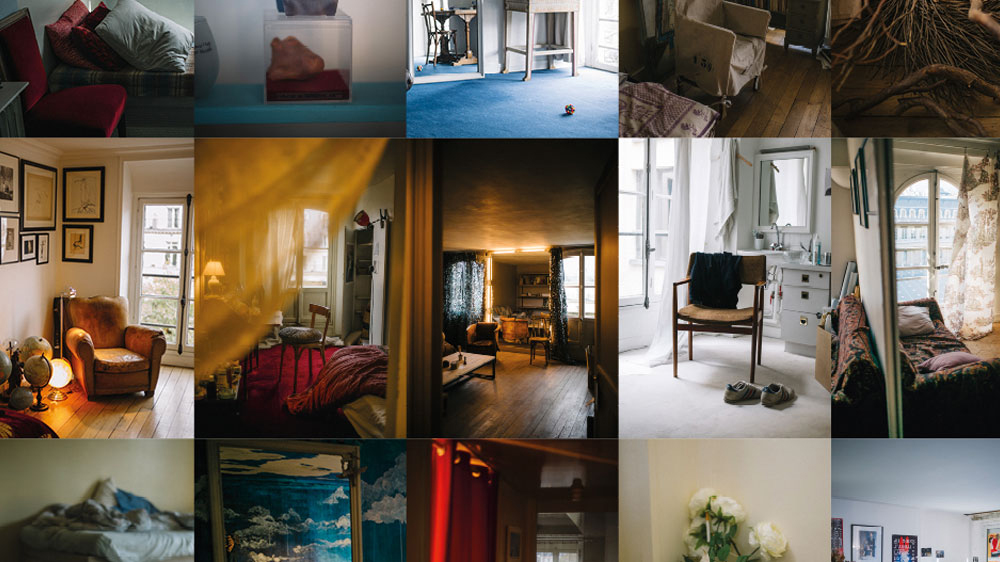 A place of work, rest, concentration and intimacy for the actor, the dressing room is a refuge that says much about its occupant: “show me your dressing room and I will tell you who you are”, one could say about these photos that provide the public with a glimpse into a sphere usually kept behind closed doors.
Stéphane Lavoué, the Troupe portraitist, slipped into these varied and fascinating worlds. 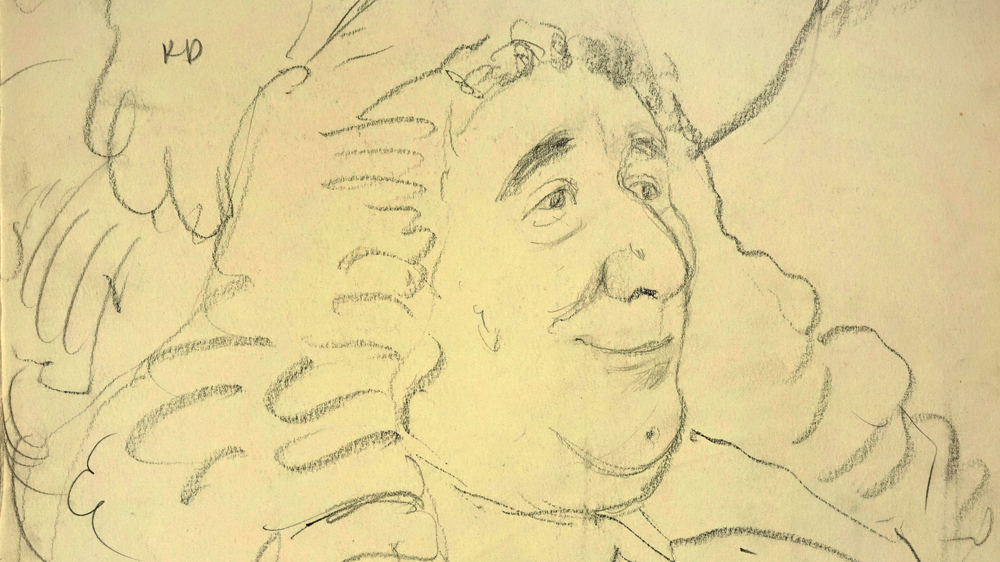 in 1954, the Comédie-Française performed in the USSR. The Russian painter Nicolaï Sokolov (1903-2000) produced caricatures of the Troupe’s great actors during this mythical tour, which symbolised the development of closer of ties, at least culturally, between East and West. Very well known in Russia, a representative of the Koukryniksy collective of painters and caricaturists who emerged on the art scene in 1924, he is considered as an official artist. These works are being presented in public for the first time in this exhibition.

The Comédie-Française in plans ans diagrams 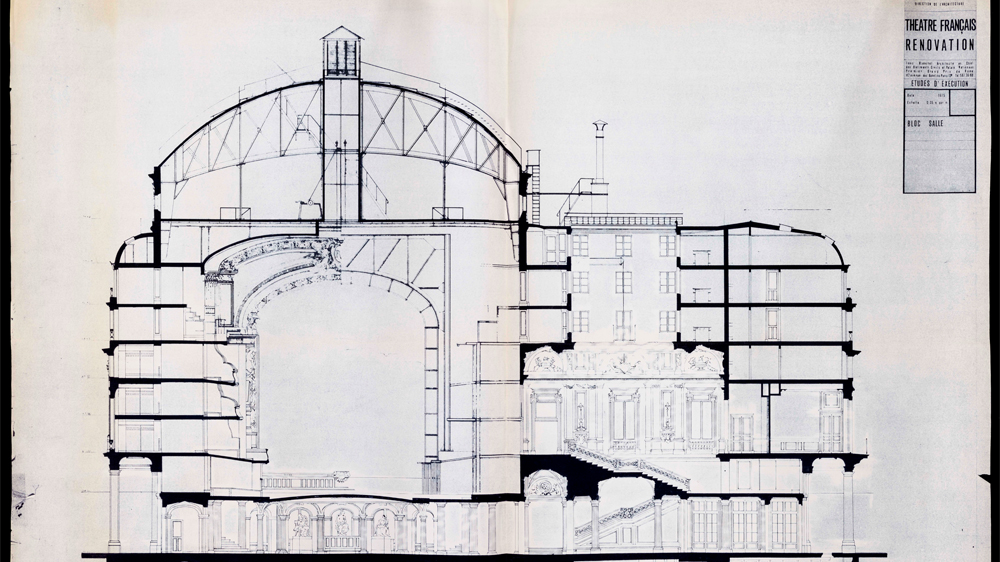 While the Comédie-Française takes up residence in the Théâtre Marigny for a few months during the completion of renovation work in the Salle Richelieu, we go back in time to present the evolutions of this building since 1799. Diagrams, plans, correspondence, photographs and archival documents, testify to changes made to improve audience comfort and artistic conditions for performances.